Is Vietnam Asia’s Next Property Hotspot?

Is Vietnam Asia’s Next Property Hotspot? 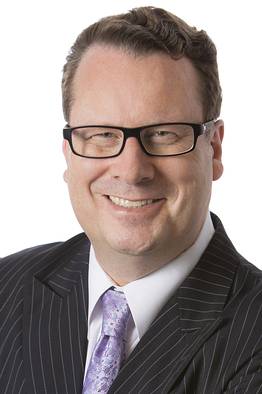 Eric Solberg is an unabashed champion for Vietnam and more specifically, Vietnamese real-estate.

In Solberg’s view, Vietnam, with its young population and high growth rate, has “tremendous fundamentals” that haven’t been realized. To Solberg, founder and CEO of EXS Capital Group, a Hong Kong alternative investment firm, Vietnam today looks like once weak, but now strong, Asian economies from Korea to Taiwan to China looked a decade or two ago, where “you had that rare combination of massive fundamental demographic upside and low valuations.”

He’s playing out this view with a double-barreled bet on Vietnamese real estate. In 2013, EXS Capital led a direct investment for Asian investors of about $37 million into Son Kim Land, a Vietnamese developer. Then last fall Solberg bought two units in luxury apartment complexes being developed by Son Kim Land in an up-and-coming upscale Ho Chi Minh City neighborhood for himself.

The advisor bought the units because he goes to Vietnam a lot, is sold on Son Kim Land and is brazenly bullish about Vietnam’s potential. But he also bought them because he could. Last summer, Vietnam’s government lifted many restrictions on foreign property ownership making it possible for non-Vietnamese to buy property in their own name for a 50-year term (that may be possible to extend). Foreigners also can lease Vietnamese properties now, making it possible to get rental income.

Before July 2015, a foreigner had to work in Vietnam for a year or more before being allowed to buy property and you could only buy one condominium. You couldn’t sub-lease.

Vietnam’s real estate market should look attractive compared with countries ranging from Singapore to Thailand, where governments have taken measures to cool overheated housing markets. And there’s the fact that Vietnam’s luxury and high-end properties stack up well to their neighbors. Luxury prices in Ho Chi Minh City are the highest in the country at just under $5,000 per square meter, but that’s below the going rate for luxury in Jakarta and Bangkok, according to CBRE Research.

Foreign buyers have noticed and have stepped in since the rules changed, but there hasn’t exactly been a buying frenzy. Since July 2015, and as of the first three months of the year, 700 foreigners bought luxury and high-end apartments in Ho Chi Minh City, the Ho Chi Minh Real Estate Association reports. That’s a fraction of the approximate 45,000 foreigners living in the city, the group says.

A luxury 4-5 bedroom home on a 800- to 1,000-square-meter-plot in the coastal regions of Danang, Hoi An, Phuc Quoc and Nha Trang costs about US$1 million to $2 million. The buyers are mainly from Vietnam’s nearby northern neighbors – Hong Kong, Taiwan, Korea, Japan and Singapore, Koziora says, although there have been a few sales to Australians and Americans.

Perhaps lackluster initial sales means not all foreigners share Solberg’s vision of a booming Vietnam. But both he and Koziora note nagging issues getting in the way of sales. A big one: mortgage rates as high as 9% or 10%. Foreign buyers don’t bother to get one, and instead, “usually pay 100% or they secure equity financing from existing homes they already own in their countries,” Koziora says.

Another problem is the government has to create transparent regulations concerning capital that comes into Vietnam to pay the seller, and how the money can leave the country when a home is resold, he says. “We commonly hear of inconsistent advice being provided by both government departments and legal professionals at this time,” Koziora says.

The new rules limit foreigners to owning no more than 30% of a condo building and no more than 10% of total villas within any one project, Koziora says. Bumping up against the limit hasn’t been a problem for most projects, although The Nassim, a 238- unit luxury condo project that won’t be completed until the end of next year, already hit the 30% limit. The project is a joint venture between Son Kim Land and Hongkong Land.

Son Kim Land’s international management team and focus on foreigners probably helped boost the foreigner quotient, admits Solberg, yet it’s an approach to the market he believes will succeed. In fact, EXS Capital’s “hope and expectation” is for the developer to explore an IPO in the next two-to-three years, Solberg says. Before that, he expects his firm will have another opportunity to invest in Son Kim Land via a convertible loan, similar to the first $37 million investment. That loan converts to common stock should the developer go public.

Despite his optimism, Solberg doesn’t view his investment as a slam-dunk. “You want to invest when everyone else is going the other way,” he says. “That’s how you make real money.” Yet while the risk of investing in Vietnam real estate is very present, and “Asia is an anything can happen kind of place,” his view today is: “So far so good.”